What is Alzheimer’s Disease?

“Dementia” is a general term that describes a decline in mental abilities caused by physical changes in the brain that impact a person’s daily life. There are several types of dementia, including: Dementia with Lewy Bodies (DLB), Parkinson’s disease dementia, and vascular dementia. Alzheimer’s disease is the most common type of dementia, making up 60-80% of diagnosed cases. In Alzheimer’s disease, the hippocampus is the first region affected, the region responsible for learning and memory. Memory loss is often the first symptom of brain cell damage due to the buildup of proteins called beta-amyloid (plaques) and twisted strands of tau (tangles). 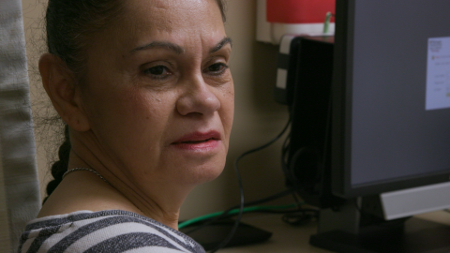 There is no way to prevent Alzheimer’s disease, but there is evidence suggesting that lifestyle strategies for healthy aging can reduce cognitive decline and improve brain health. Some of these strategies include maintaining a healthy weight; managing and reducing stress; exercising both body and mind; avoiding tobacco and excess alcohol; and staying socially connected. A holistic approach encompassing all these strategies is most promising.

Alzheimer’s is a progressive, degenerative disease that worsens over time; people can live for four to 20 years following a diagnosis. There is currently no cure, but treatments exist that may temporarily slow symptoms and improve quality of life for both patients and their caregivers. There are several stages of Alzheimer’s disease and the level of care required will change as the disease progresses.

Learn more about Alzheimer’s disease and other types of dementia at alz.org or by exploring our Tip Sheets.